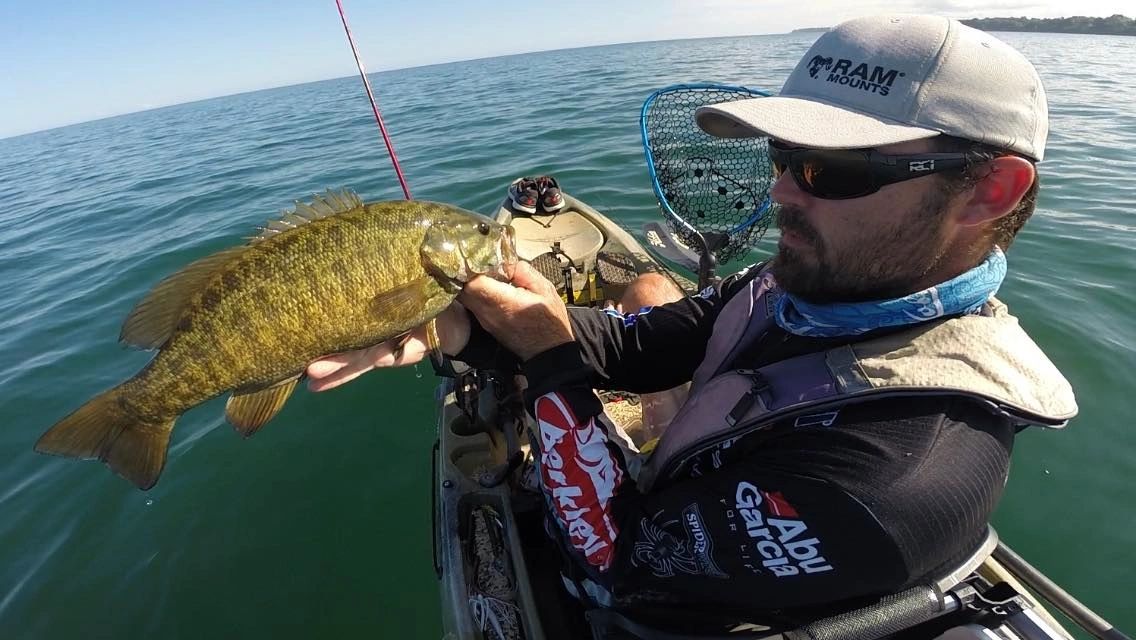 My first memorable fishing experience was around the age of five. My whole family camped out along the “Old” Santee River in South Carolina; my grandfather helped me land my first fish ever which was a small bowfin. Since then I have spent much of my free time on the water. Growing up in a small town in S.C., most of my early fishing experiences were on small ponds and lakes in the state, catching largemouth bass and bluegill. As I grew into my teenage years, my fishing motive shifted towards doing more challenging things such as fishing larger lakes like those part of Santee Cooper Reservoir System, for larger fish (stripers and catfish). I also shifted most of my fishing towards using all artificial lures. My families’ beach house in Garden City, S.C., also allowed me easy access to saltwater fishing. I fell in love with catching redfish and large stingrays all throughout my teenage years and upon completion of my B.S. degree at Erskine College in Due West, S.C. After graduating from Erskine in 2007, I received the greatest graduation gift ever from my mom, a Hobie Outback kayak. I took this kayak to Alabama while I was working on a M.S. degree in Fisheries and Allied Aquaculture at Auburn University. Kayak fishing in Alabama was one of the most enjoyable times of my life, as Alabama has more freshwater native species of fish than any other state in the U.S. Some of my best kayaking adventures in Alabama were floating down the Chattahoochee River, catching largemouth, spotted, and shoal bass on artificial lures. After completion of my M.S., I made my way to the University of Florida to work on a Ph.D in Fisheries and Aquatic Sciences. I spent late 2009 and early 2010 taking classes in Gainesville; but most of my weekends were spent kayak fishing in Cedar Key, FL., learning how to catch redfish and seatrout on artificial lures. In 2010, I began tournament fishing from my kayak by competing in the Inshore Fishing Association (IFA) kayak tour. My first two tournaments were unsuccessful, as I failed to catch any fish during the events. However, during my next tournament in Ruskin, FL., I managed to take home first place after catching a 23 inch redfish on a top-water lure as well as a 19 inch seatrout, the largest during the tournament. I fell in love with kayak tournament fishing that year and have been doing it every since. I finished my Ph.D. in 2014 and currently work as an Assistant Marine Scientist at the Waddell Mariculture Center in Bluffton, S.C. Most of my free time away from research is spent in my Hobie Outback catching large inshore and offshore gamefish on artificial lures, bass fishing local lakes and rivers in South Carolina's low country, and scouting fishing locations for upcoming kayak tournaments.

We'd love to hear from you!

Send us a message if you have any questions about our events, products, and services. We'll aim to get back to you very shortly after!